Common grammar mistakes and typos to look out for

by Katie McGregor on August 25, 2013 with 0 comments Blog, Writing tips and ideas

Warning: Use of undefined constant linklove - assumed 'linklove' (this will throw an Error in a future version of PHP) in /home/customer/www/conduitcomms.com/public_html/wp-content/plugins/facebook-comments-plugin/class-frontend.php on line 99 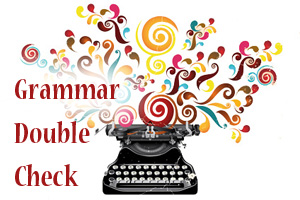 In my first job editing a magazine and aged 21, I “corrected”  its to the “possessive” it’s through the entire magazine. I was mortified to receive a letter some weeks later from a reader pointing out that the copy editor was illiterate; didn’t the editor know that it’s is short for it is, and is not the possessive?

That was quite a long time ago and I have become a lot better at editing, especially as the same mistakes keep coming up again and again, including the it’s/its one. Here are a list of the most common mistakes I see.

Usually the apostrophe before an ‘s’ suggests possession, but not here. It’s is short for it is, and its indicates possession. You probably know that, but the young me didn’t.

This is a common one, especially amongst younger writers. For example:

This can be complicated because not only are  the American and British rules different according to some style guides, but there is also a difference between fiction and non-fiction writing. However, usage is more telling and while some sites will tell you that it is British style to use single quotes for speech, you only need  visit  The Guardian, Financial Times or Economist websites to see that this is not true.

However, British do differ to the Americans on where punctuation is placed with regard to quotation marks, and I go with the British on this.

British use: Punctuation goes inside the quotation marks when you are quoting direct speech, but if you are reporting just a phrase or a couple of words that someone has said, then just those words go in the quotation marks, and you punctuate the rest of the sentence as normal. If you are introducing speech, put a comma or colon before the speech.

A writer should be sparing when using quotation marks to highlight words that are being used in an unusual way for several reasons:

Tapering means to thin out, but took on a special meaning when Federal Reserve Chairman Bernanke used it to describe his plans to reduce the Fed’s bond buying programme. In effect, you are quoting Bernanke when you use this expression in this context in quotation marks.

Since then, the word has started to appear in text with quotation marks, indicating its special meaning. However, people are now asking whether it will it happen at all, and to what degree? The word  might then be used ironically. In which case, confusion reigns.

“Benítez said he was “angry” that Liverpool were being written out of the title race. Yes, maybe, quotation marks if he was “incandescent”, or “spitting with rage” – but it is completely unnecessary to use quotation marks for mundane words and unexceptional quotes.”

I go with this advice, and therefore would not use quotation marks around “tapering” unless I did mean it ironically.

The difference between hyphens and dashes

A hyphen (-) joins things together.

An em or ‘M’ dash (—)  is the width of the letter ‘M’ and is used to separate out information from a sentence, rather like brackets/parentheses. You can consider it a heavy-duty comma, eg, We’re going on a journey — something that we’ve looked forward to for a long time — and it should really help us relax and get to know each other better.

That’s the simple explanation because of course there is a difference between American and British usage, and some people think the em dash too long and ugly, so prefer to use an en dash….

The use of hyphens in compound (more than one word) adjectives seems to cause more confusion than the admittedly odd occasion where their absence would cause confusion in meaning. But for my English-trained mind (there’s a hyphen in a compound adjective right there), their omission jumps out and is just WRONG, however Americans are more lenient on the use and only use the hyphen when it definitely causes confusion to leave it out.

If you are not sure consider  dropping one of the descriptive words and if it still describes the object accurately if not completely, then there is no need for the hyphen, eg, the yoghurt is fat, and it is also free = no hyphen.

NOTE: Some adjectives are also nouns and are not hyphenated when used in that way, eg, our long-term plan is to move to Spain, but in the long term this might not work out.

The official explanation of when to use one and not the other includes phrases like “restrictive clause”, which for most people is just another thing to look up. Here is my quick way of telling the difference:

THAT is strong and defines the item in question, assuming that there is more than one to choose from.

WHICH is Weaker (remember the alliteration) and  provides a description that simply provides additional information for the reader. The ‘which’ is usually preceded by a comma and Word helpfully puts it in, thereby giving you another clue.

Some grammarians say that, as with most finer points in grammar, usages change and which can be used instead of that so long as the meaning is clear. If this is so, and people are using which when they mean that, option 2 could have two meanings and creates confusion. By placing a comma before the which, things become super clear.

I prefer not to leave such things to chance.

Please note that which and that are used in other ways in sentences; this is just a discussion of which vs that.

Katie McGregor has worked in the communications industry for over 25 years as both a customer, and a supplier of marketing and communications services. She was an early adopter of email marketing, and now enjoys the power that digital marketing brings to marketing.